Boosting hydropower and irrigation in Tanzania 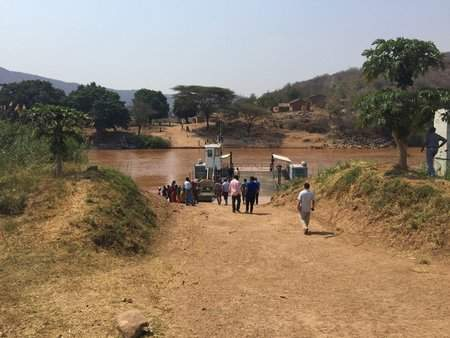 Tanzania is expected to benefit from a boost in hydropower generation and irrigation development thanks to a new study financed by the African Water Facility (AWF). This EUR 2-million grant will help the government of Tanzania launch the pre-feasibility study of a multipurpose dam, irrigation and hydropower project in Kikonge (South West).

A comprehensive approach. The study will cover the irrigation scheme, agro-business development, the dam and its reservoir and the associated hydropower plant and the high voltage transmission line. In addition, this study will also encompass other uses like: water supply to local communities, local electricity supply through a mini hydro-power plant, fishing activities, tourism development and other uses of water for activities in the reservoir area (navigation, transport and water for mining process).

A huge increase in hydropower generation. When completed, the 300-MW multipurpose dam which is the main outcome of the studies, will result in a 53% increase of the country’s hydropower capacity. With an annual hydropower generation of 1,300 GWh by 2025, the dam will address Tanzania’s longstanding shortage of power supply. The country’s hydropower plants of the run-off the river type are highly vulnerable to seasonal variations and drastic variations of water availability as a consequence of climate changes. In October 2015, most of the hydropower plants, representing 35% of the country total generating capacity, have been switched off due to the low level of water due to the absence of rain for a long period. With its storage reservoir of 6 billion m3 capacity, the dam will allow a stable supply of energy throughout the year.

Improved agriculture. The expected dam on the Ruhuhu River will also improve availability of water resources for irrigation and associated activities in the area. With a projected irrigation scheme of 4,000 ha by 2020 (as against a current mere 50 ha of irrigated lands), the dam will boost agricultural productivity and provide additional revenues to local farmers and populations. In this south-western part of Tanzania, close to the shores of the Lake Nyasa, crop production is currently dominated by rain fed systems leaving the irrigation potential marginally tapped. While agriculture is the basis of Tanzanian economy (27% of the national GDP), its development is hampered by its dependence on unreliable and irregular weather conditions. Irrigation has therefore been identified as a key priority for Tanzania, which has huge potential for irrigated agriculture with its numerous rivers, lakes and underground water resources.

Climate change impacts. The investment project resulting from the feasibility studies will also help improve the resilience to climate change. Regulating the flow of the Ruhuhu River will allow water to be available throughout  the year instead of depending on the rain season inflows. It will also reduce the impacts and damages of floods on infrastructures and economic activities, with positive impacts on the ecological features of the shores of the Lake Nyasa.

Project details. The total cost of the Kikonge Multipurpose Dam, Irrigation and Hydropower Project pre-feasibility study is estimated at EUR 2.5 million. The AWF will fund the project to the tune of € 2 million, with contributions from the Climate Resilient Infrastructure Development Facility and the government of € 0.3 million and 0.2 million respectively. The project duration is estimated at 22 months.