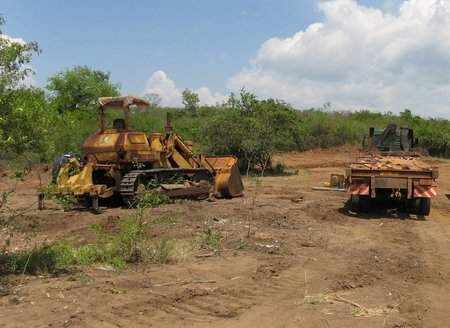 Burkina Faso is the first country to benefit from a climate change focused grant (to the tune of EURO 838,000) by the African Water Facility (AWF), after AWF’s call for proposals launched in September 2014.

A precise overview of the situation. The project will provide in depth knowledge of the capabilities of the Naré “underground dam”, in the Sahelian part of the country. Based on knowledge of the vulnerability of underground water resources to climate change, a series of recommendations will be made to rehabilitate the dam and implement a technical monitoring system. Appropriate adaptation technology will be offered. The project will additionally finance a series of integrated studies on the value-creation of the dam and a list of short, medium and long term investment projects will be drawn up.

The Naré underground dam. The Naré underground dam's objective is to dam up an underground reservoir which is not located at a great depth and whose flow is relatively fast. The accumulated water, which is not subject to evaporation nor other diverse factors, can be exploited in a rational way. The dam project was first launched on a pilot basis. The Burkinabe government now plans on moving to the next stage by tackling the lack of management and monitoring which had jeopardized the sustainability of the pilot phase. This pilot had gathered large interest from recipient populations as it was perceived, from the start, as a springboard for socioeconomic development in the concerned localities.

Soil degradation and flooding. The Naré region is affected by frequent droughts. These phenomena regularly compromise the harvest due to the lack of rain. The region's populations, who essentially live on agriculture and livestock breeding, are thus economically affected. The multiplication of these disasters, which were once rare, is a consequence of climate change. The project will strongly contribute to decreasing soil and vegetation degradation. It will rely on exploiting underground waters for multiple usages, including farming and providing drinking water for people and animals. The infrastructures to be renovated and the new ones to be built will give access to drinking water to at least 5,000 people.

A new strategic orientation. “We plan on investing more in all that is related to climate change”, announced Mohamed El Azizi, director of the AWF. During the World Water Week in Stockholm in 2014, the AWF launched a call for proposals to catalyze financing for projects or programs promoting resilience to climate change or creating adaptation or mitigation measures. The “Integrated studies for Value-Creation for the Naré Underground Dam” project meets AWF's objectives for this call and in line with its operational objectives.