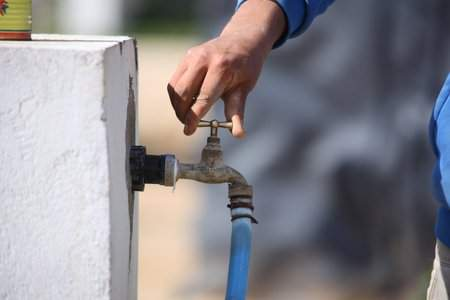 In order to manage water fairly, sustainably and efficiently, the African Water Facility (AWF) has approved a grant of 1.4 million euros to Tunisia. This donation will be used to implement the project entitled “Development of the vision and strategy of the water sector by 2050.” This project will take an integrated management approach on resources to contribute to the country’s socioeconomic development.

A country under the water stress threshold. Most of the Tunisian territory is arid, located between the Mediterranean and the Sahara. With 450 m² of water per year per inhabitant in 2015, the country is under the water stress threshold and the situation may worsen by 2030. Tunisia’s conventional water potential is virtually entirely used. It is estimated at 4,766 million cubic meters per year, 55% of which is surface water and 45% coming from underground water tables.

A unique intervention reference. “Three main elements are involved in the project. First, we are developing an outlook, and strategy and action plans for implementation. We will also provide technical assistance. Project management will then be carried out with participation by stakeholders. Our goal is for the strategy of the water sector by 2050 to be a unique intervention reference in Tunisia for all,” states Mohamed El Azizi, the director the AWF.

The right to water. The ‘Water 2050’ initiative was initially launched as part of Tunisia’s Five-year Socioeconomic Development Plan for 2009-2014. It was put on hold since March 2014 following the sociopolitical upheaval experienced in the country since late 2010. The establishment of new political structures in 2014 with a new roadmap for ‘Water 2050’ has set the project off again today. Out of the obligations imposed by the new constitution, there is the right to water access for all citizens, the preservation  and sustainable management of water, the principle of affirmative action in favor of underprivileged regions as well as decentralization and local governance.

Partners. The total cost of the project is EUR 2,655,000. It will be co-funded by three grants. The AWF’s participation is EUR 1,345,000. The German Development Bank KfW will commit to a minimum amount of EUR 950,000 and the German technical cooperation organization GIZ, an amount of EUR 281,000. The Tunisian government will contribute at least EUR 79,000. The project will be implemented by the Ministry of Agriculture, Hydraulic Resources and Fishing.