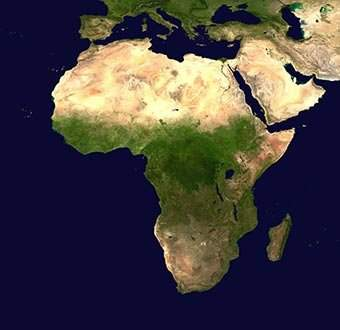 Origin of the Project
The African Water Facility received a joint funding request dated November 11th, 2013 from the Nile Equatorial Lakes Subsidiary Actions Program – NELSAP on behalf of the governments of the Republic of Uganda and the Republic of South Sudan for financing the Feasibility Studies - FS, Tender Design Studies – TDS (comprising Detailed Design studies and preparation of Tender documents), Environmental and Social Impacts Assessment Studies – ESIA of the Nyimur Multipurpose Water Development Project within the multinational Aswa River Basin, part of the Upper Nile River Basin. In December 2012, NELSAP formulated a regional Nile Equatorial Lakes (NEL) coordinated water resources development program that identified water resources development projects and aggregated them into investment plans for different NEL sub-basins. Among the projects identified under the action
plan were multi-purpose water resources projects for the Aswa basin that aim at improving water, food and energy security; reduction of flow variability and flood damage; and contributing towards improved livelihoods without compromising the environment in the shared river basin. The Nyimur project is one of the three prioritized projects selected by the two countries to be further developped and implemented.

The Project and its rationale
The core scheme of the project consists of a 26 m head dam (earthfill type) and reservoir on Nyimur River and five (5) modules of irrigated areas of approximately 5,105 ha and a mini hydropower plant with a capacity of 350 kW. Water supply schemes of the adequate types targeting local communities in the zone of influence of the project will be part of the project. The development of fisheries in the reservoir/ponds will also be included in the scope of the project. The implementation costs (from the basin planning and pre-feasibility studies) are estimated at US$ 120 million. The Project corresponds well to the focal areas of intervention of the Africa Water Vision 2025 for\ Equitable and Sustainable Use of Water for Socio-economic Development and the priorities of the African Ministers’ Council on Water (AMCOW) and the New Partnership for Africa's Development (NEPAD) on strengthened cooperative framework arrangements for transboundary water resources management to enhance water and energy security, and adaptation to climate change and variability risks. The project area has experienced insurgency events for many years, thus impeding the development of the region. This has resulted in very low levels of investment and development in basic services or infrastructure over the past five decades. Poverty is widespread, and is especially acute in rural areas and the more remote corners of the Aswa basin. The agriculture production has drastically declined during the period of turmoil, endangering the food security and displacing thousands of people. The level of food insecurity is significant given that between one third and one half of the population was either severely or moderately food insecure over the past three years. Indeed, a significant proportion of the population (as high as 33% in the lean season) will continue to depend on food aid to ensure a minimum level of nutritional intake (Assessment of the Irrigation Potential in Burundi, Eastern DRC, Kenya, Rwanda, Southern Sudan, Tanzania and Uganda by Future water, 2012). Despite a relatively dense network of rivers and favourable climatic conditions with average yearly rainfall up to 1,100 mm and fairly fertile soils, the project area is drastically lacking collective infrastructures and the proper organization of
agricultural productive activities.