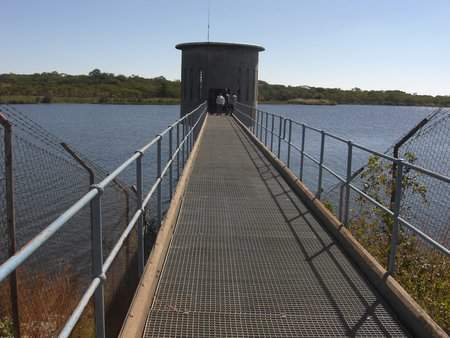 The implementation of an Integrated Urban Water Management (IUWM) Masterplan will help Marondera city of Zimbabwe reach universal access to drinking water and sanitation by 2025. The design of Marondera’s IUWM masterplan is supported by a EUR 2 million grant from the African Water Facility (AWF) with a view to ensuring sustainable management of water and sanitation services for the region’s population.

IUWM: sustainable water management. “The implementation of the IUWM approach couldn’t be timelier in light of climate change effects and rapid urbanization that most African cities are experiencing,” said Mohamed El Azizi, AWF Director. “IUWM is particularly relevant within the context of dwindling water resources, as the approach contributes to improved water security through the adoption of a holistic approach. It involves designing water management as a system within a catchment, generally taking into account the entire water cycle, and in particular considering wastewater and fecal sludge as resources.”

Marondera, a city of the future. With a population of 65,000 inhabitants, Marondera, the seventh largest community in Zimbabwe was yet to receive adequate external support to revamp its water supply and sanitation services since the start of the country’s economic recovery programme in 2009 unlike its contemporaries. An IUWM Masterplan that will be developed for Marondera proposes to improve water supply, wastewater, and solid waste management services in Marondera using an integrated approach that could be implemented as a pilot case for Zimbabwe in general. The approach will be potentially rolled out in other municipalities in the future. The project will also address some of the city’s immediate water and sanitation infrastructure needs, as well as enhance the capacity of government and key stakeholders to implement and sustainably manage water and sanitation facilities.

Impacts. Subsequent implementation of the developed Marondera IUWM Masterplan would lead to increased access to improved water supply and sanitation services. It will also result in a reduction in diarrhea morbidity among under-five children from 7.2 % to less than 5% by 2025. Access to drinking water and to sanitation will increase from the current 77% and 63% rates to 100% by 2025.

Challenges. Although 97% of properties are directly connected to the municipal water supply network in Marondera, many households do not benefit from a 24 hours water supply service due to power cuts and the water distribution system’s poor performance. The sanitation situation is worse as most of the collected sewage is not treated despite 91% of the properties in the town having access to a toilet attributed to the collapsed sewer network.