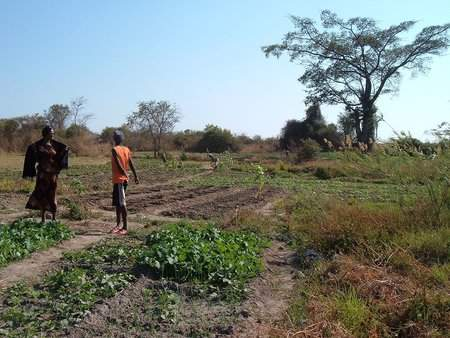 A new set of studies, financed by a grant of EUR 1.4 million from the African Water Facility (AWF) will help develop smallholder irrigation in Zambia, through the Upscaling of Smallholder Irrigation Project. This will lead to improved livelihood conditions and climate change resilience of smallholder farmers in the country.

Importance of smallholder farming. Agricultural production in Zambia is dominated by small-scale farmers, even though the country has a relatively strong commercial sector in comparison to other countries in the region. An estimated 600,000 smallholder farmers produce most of the country’s cassava, cotton, millet and sorghum, as well as over 90% of its maize. Yet, current production systems in the majority of cases are highly vulnerable to fluctuations in rainfall.

Underdeveloped irrigation. While Zambia has abundant arable land, only 14% of land suitable for agricultural production is being cultivated. At the same time, less than 30% of the land suitable for irrigation has been developed. Importantly, most of the irrigated area in Zambia services large-scale commercial farming enterprises, while small-holder farmers are yet to benefit from significant investments in the sector. And while large-scale farms have a significant role in terms of overall production and job creation, their direct contribution to poverty alleviation has proven insignificant.

Timely project. “Despite its great potential for irrigation, Zambia has not identified and appraised sufficient available sites, to boost irrigation coverage in the country,” says Mohamed El Azizi, AWF Director. “There is currently insufficient feasibility studies (including technical, market, economic, financial analysis) available to the government to make informed investment decisions. AWF project offers an opportunity to identify and prepare potential irrigation investments in 25 sites leading to the opening of an additional 9,560 ha of irrigated land for 4,800 smallholder households,” he adds.